A piece of paradise in the Chelyabinsk region. What is unique Ilmensky reserve, centenary 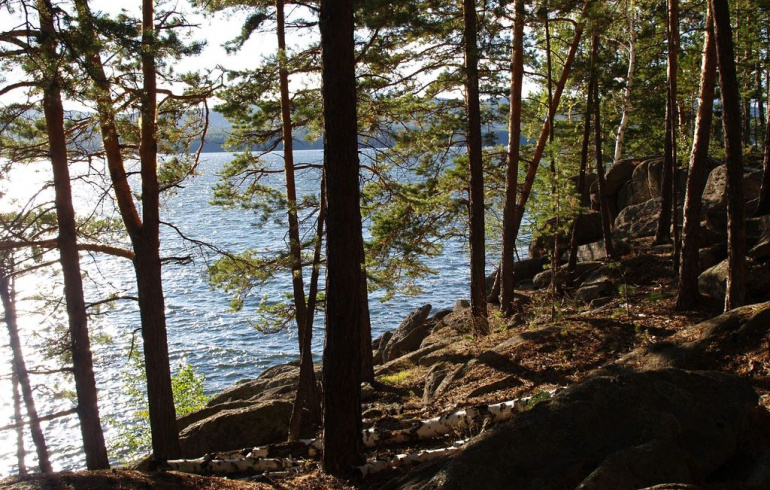 14 May 2020 one hundred years old Ilmen State Reserve. The reserve is one of the oldest in Russia, he impresses with his beauty, flora and fauna, unique in variety of minerals. "Bee" spoke with the honored ecologist of the Russian Federation Alexander Lagunov.

Alexander Vasilievich Lagunov worked as a researcher in the Ilmensky state reserve with 1980 by 2015 year, he is a candidate of biological sciences, today - expert of OSU “Protected Areas of the Chelyabinsk Region”. 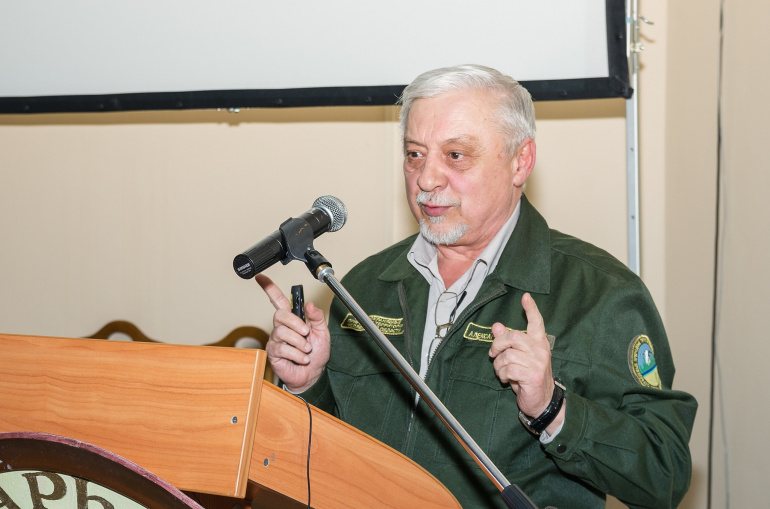 - One hundred years to the Ilmensky reserve - the date is really special for all its employees, including for veterans, who worked there. I worked in the reserve for a significant period of my life - almost all my conscious life. I would call it a “reserved syndrome” - a person, which gets there, more often than not there. Add, that the work was very interesting, beloved, and I am grateful to fate, that she brought me to the Ilmensky reserve. I specialize in the study of insects - I’ve been doing this all the years and continue to do it..

Alexander Vasilievich says, that the reserve is a place of attraction for scientists, intellectuals, researchers, archaeologists, therefore, years of work were full of interesting acquaintances.

- The reserve is very strictly protected., and this ensures the safety of its objects. Three hundred square kilometers - a small area, she is the most studied in the Urals. The reserve is managed by the Russian Academy of Sciences, academic traditions are strong here. This is what makes us different from others..

Alexander Lagunov himself is the author and editor of two editions of the Red Book of the Chelyabinsk region, he wrote more than two hundred scientific papers. Every year, under his leadership, Russian-Finnish expeditions to the Southern Urals are held as part of the international program “Biodiversity of Lepidoptera in Europe”. Obviously, this is not just paper work, cabinet, it involves constant interaction with the animal world - good, Ilmen Nature Reserve has something to study. Some studies bore unusual results..

- Here is a wonderful story - about a butterfly, which is considered one of the most beautiful, - Apollo ordinary from the family of sailing ships, - says Alexander Lagunov. - A feature of their kind is that, that the caterpillar feeds only on sedum plants. Since I travel a lot on expeditions, gathered a lot of stonecrops and created a small plantation on the site near the house. What was my surprise, Apollo appeared here, which have not been celebrated in the reserve for many years. Apparently, together with a lump of earth, litter were brought caterpillars of this species. Insects of this species reproduce by micropopulations., almost never fly far, sort of domestic butterfly. Now in July I get apolloes that don’t fly anywhere from the garden.

At the end of March, in Ufa, the winners of the XVIII Prize “Knight of the Forest” were awarded. The title is awarded to, who, on duty or at the call of the heart, is involved in the protection of wild animals and their habitats. He was awarded the title "Knight of the Forest" and Alexander Lagunov.

- I will add, that the title was received by other Chelyabinsk citizens, eg, Senior Researcher, Ilmensky Nature Reserve Natalya Kiseleva, - says Alexander Lagunov. - She is engaged in conservation of the species European mink. This is the only nursery of its kind throughout the country.. It seems to me, European mink could become a symbol of our region.

In the reserve there is more 250 different types of minerals, and thanks to research, new species have been discovered, not known to science. It hangs, khiolit, chequinite, ilmenorutil, Ushkova, cancrinite, monazite, poles and others. Ilmensky reserve is called mineralogical paradise, and Alexander Vasilievich agrees with this definition:

- This is one of the unique places., where in a small area a fantastic amount of minerals has accumulated. They have been studied for a very long time - mining in the Ilmensky mountains was banned back in 1911 year, and earlier, at 1770 year, when academician Peter Simon Pallas visited the Chebarkul fortress, the Cossack accompanying him found topaz in the mountains. Today, about two dozen new minerals have been discovered in the Ilmensky Reserve. 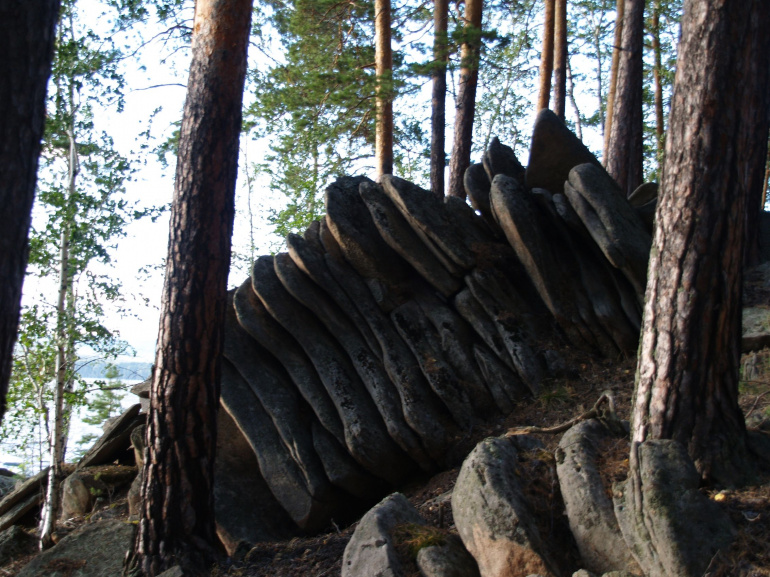 The wealth of the reserve has attracted treasure hunters for years..

- watch, what's the matter: if you picked a flower, he will grow. If you shot a roe deer, very sorry, of course, but another roe deer will come. And if an attacker repulsed a sample of a mineral - this is an irreparable loss, - explains Alexander Lagunov. - There is a problem with unauthorized visits - as you know, along the western border of the reserve is the city of Miass with 150 by thousands of people. To put up a fence is expensive and useless. It is a matter of education. And some time must pass, to get used to people. Any reserve begins with, that people around should be inspired by nature. This is a complex and delicate process.. 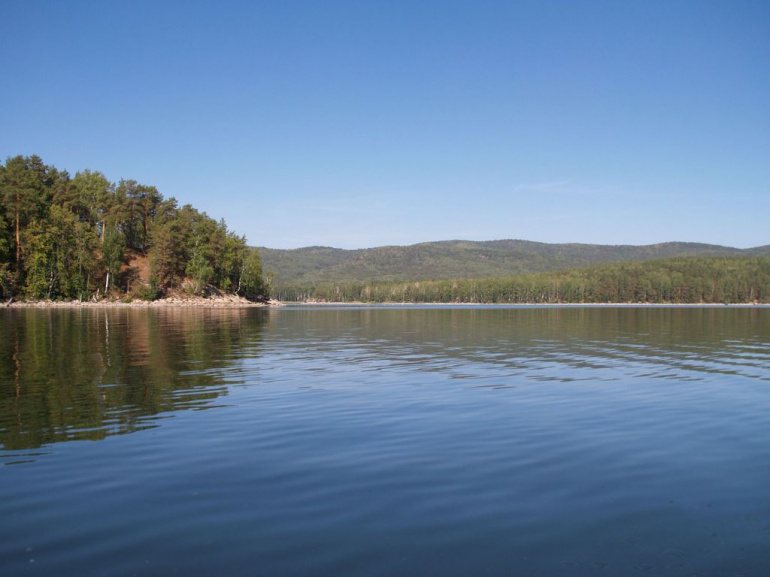 Despite his considerable age,, what is one of the most studied places, the reserve has not yet revealed all its secrets. Therefore, he will attract many scientists from all over the world for many years to come.. If the pandemic had not intervened in the plans, the reserve would host a grand international conference.

- An anniversary of this kind can be celebrated for a whole year., - sure Alexander Lagunov. - I think, that the festive events will take place also in the fall. 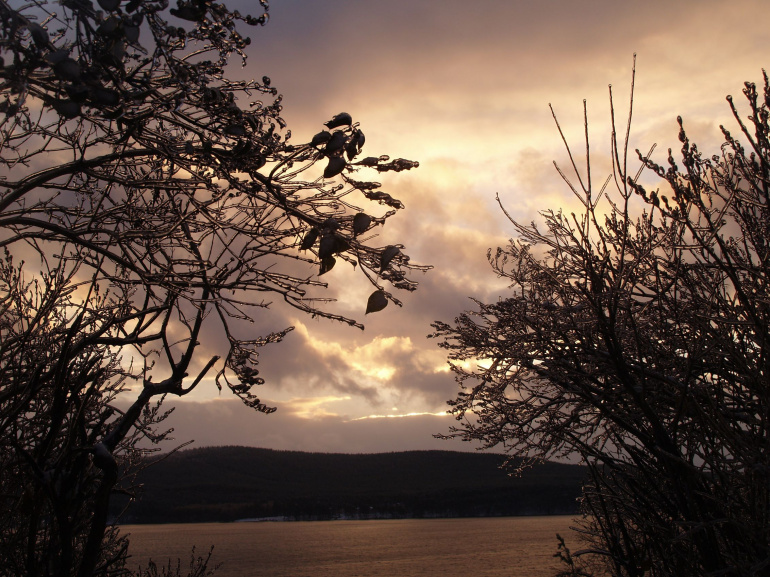 When quarantine ends, You can get acquainted with the variety of minerals in the Museum of the Ilmensky Reserve in Miass - its fund has about 30 thousand storage units, nine thousand exhibits are exhibited. Rich exposition of minerals (not all of them are from the Ilmensky reserve) presented in the Historical Museum of the Southern Urals, see photo: 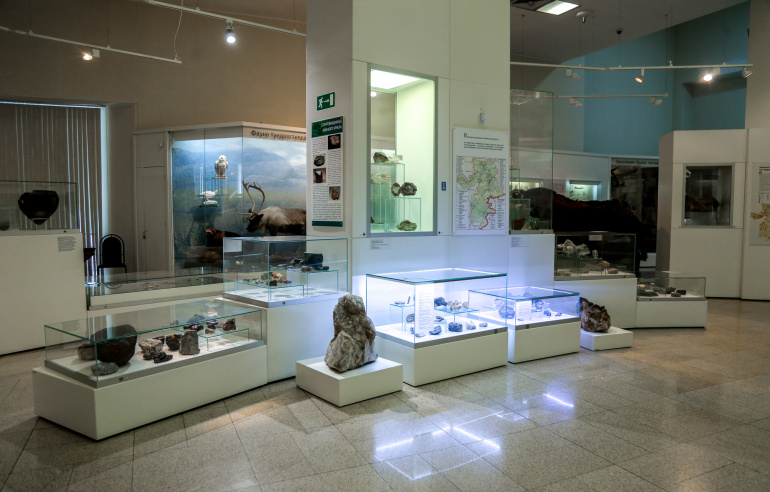 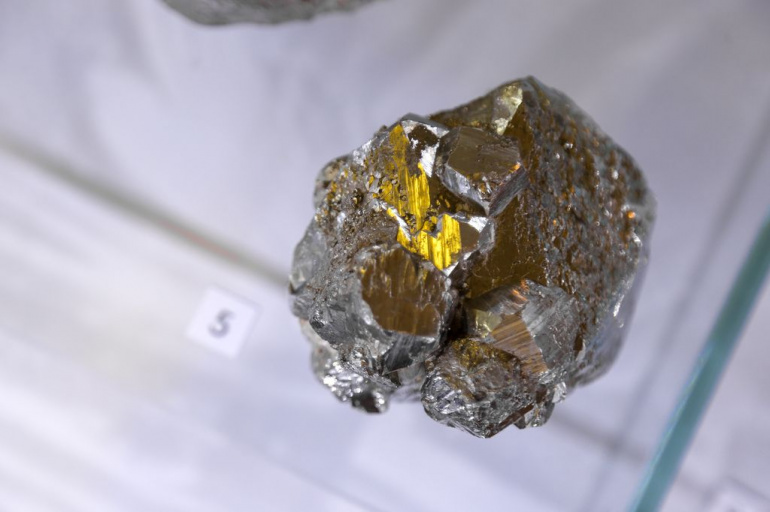 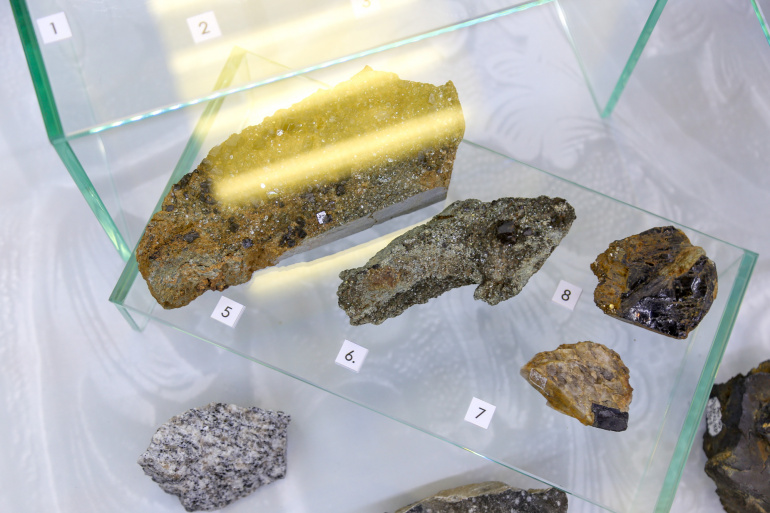 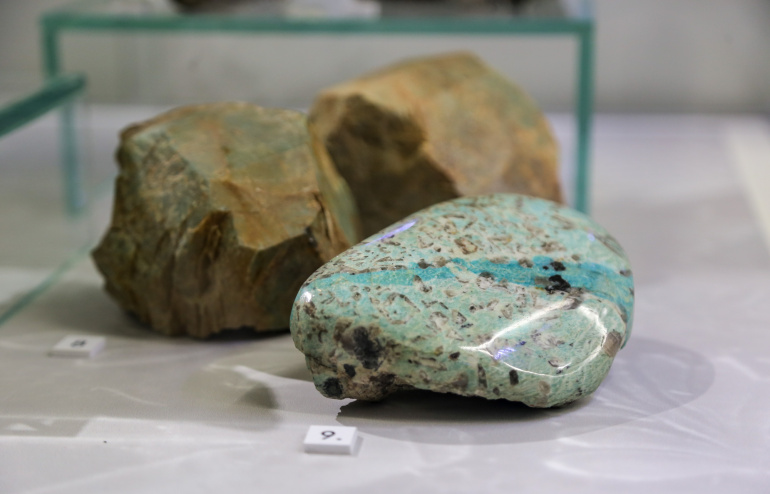 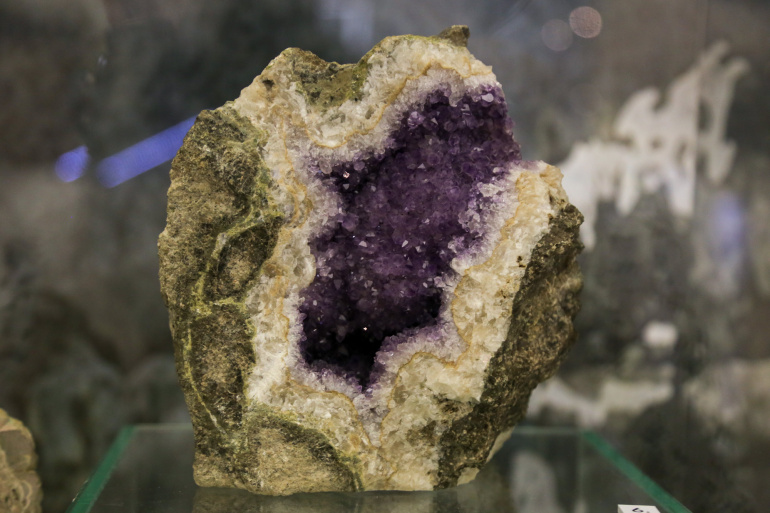 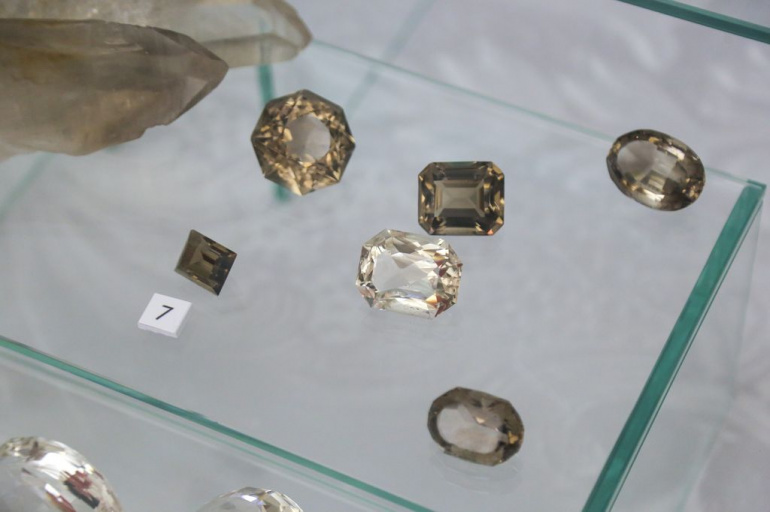 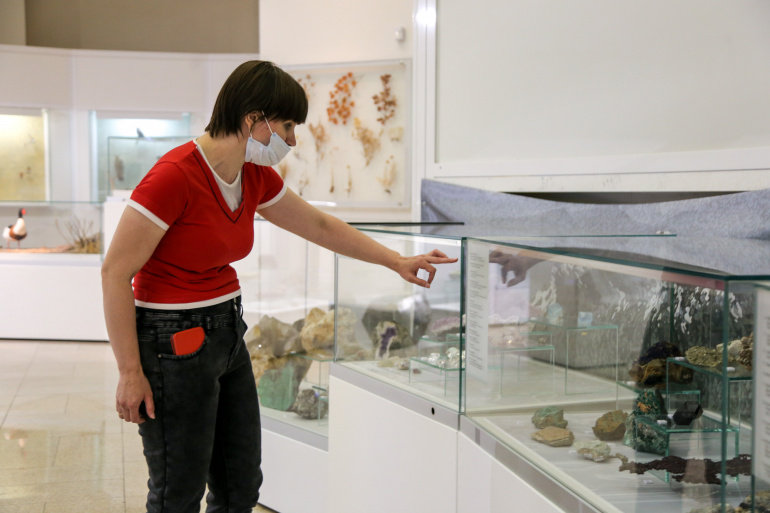 Photo by Alexander Lagunov, photo from the museum of Tatyana Tikhonova